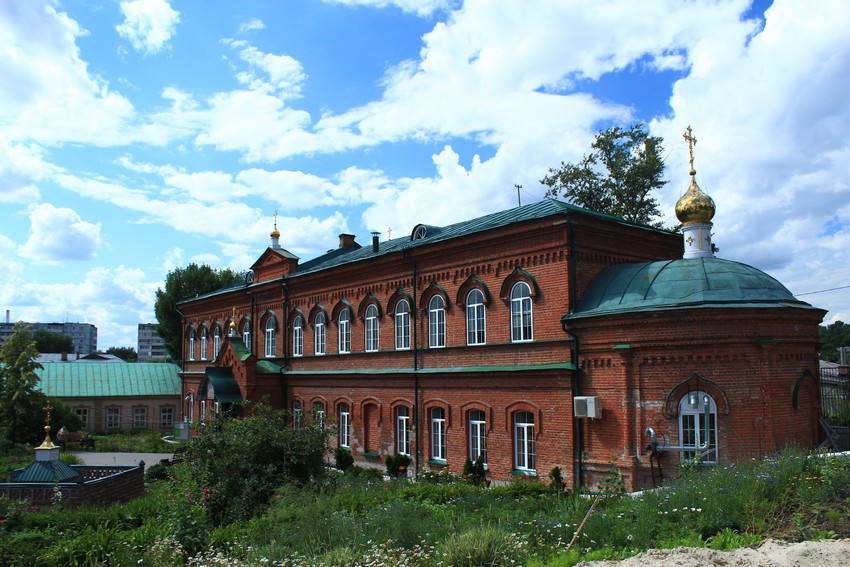 There are also present: the Armenian Apostolic Church, Orthodox Judaism, Christians of Evangelical Faith, Lutheran Church of Ingria, New Apostolic Church, Gaudiya Vaishnavism.
Traditional religious beliefs of the Chuvash people are represented by one local organization Tura (Turӑ).
Despite a variety of registered and unregistered religious organizations the predominant religion of Chuvashia is upheld by 95% of the population, followed by Islam with 3%, Protestantism 1% and the collection of other beliefs which only make up 1% combined [According to Georoot], whis is a rather flawed formalisation, because it fails to recognize irreligious people and atheists which make up a significant part of the population. 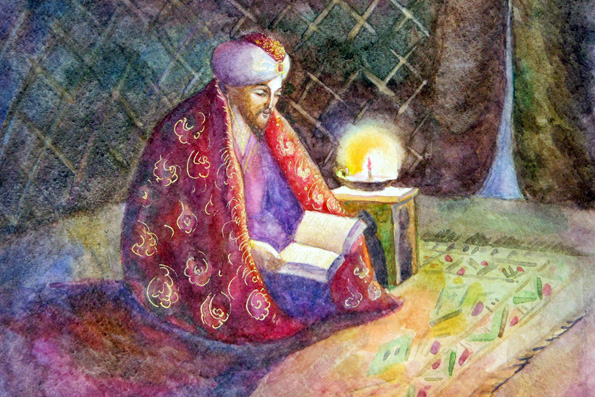 There are multiple recorded episodes involving missionaries sent to ancient ancestors or kin-nations of Chuvash, but we'll start with something closer to home or medieval state of Volga Bulgaria which was sitting on important trade routes and as a result produced to martyrs of Christian faith - [Chr]Abraham of Bulgaria, an islamic merchant, who converted to Christianity and was killed cerca 1229 for leaving Islam, he was made a saint of Russian Orthodox Church, when miracles started happening above his grave his relics were transfered from the city of Bulgar to Vladimir, and Theodor Jerusalemite also known as Theodor the Philosopher who was a rich merchant, he was martyred in 1323 in the city of Bulgar when Khan Uzbeg of the Golde Horde converted to Islam and decreed forcible conversion. In 2010 archeologists found a burial of a man with unusual mediterranean features and a large bronze cross [Th]. It could very well be Saint Theodor.
There is plenty of evidence (historical records and archeological finds dated 11-13th centruies CE) to support the idea that Christianity was very well known in Volga Bulgaria, but the Mongol invasion and conquest of the state stopped the spreading of the good news to the east until 16th century CE when the Horde's Kazan Khanate toppled, the subsequent Christianization of the region is associated with the name of Sainted Gourias, the first archbishop of Kazan. In 2015 a monument was erected to Sainted Gourias and a public discussion was held as to whether or not make him patron saint of the city.

Contemporary
Chistianity is widespread in Chuvashia .There are more than 200 churches, parishes and communities registered, including the Orthodox, Baptist, Evangelical, “Good News” Christian mission, Adventist and others.
Work on the Chuvash Scripture translation started already in the early 19th century. The first Bible books in the Chuvash language were published as early as 1820 by the Russian Bible Society founded in 1813. The New Testament translation was almost completed then, but only the four Gospels were published. In the second half of the 19th century a new Chuvash Bible translation was started, this time by Ivan Yakovlev – one of the outstanding man in the Chuvash culture. The New testament translation was completed, as well as some of the Old Testament books. [CST] 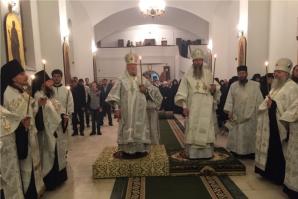 Presently [1]: Chuvashia archdiocese includes three dioceses: the Cheboksary, Kanash and Alatyr. Diocese of Cheboksary unites parishes and monasteries on the territory of the Chuvash Republic: Cheboksary, Tsivilsk, Mariinskii Posad, Vurnary, Alikovo, Shumerlia, Krasnochetaiski, Yadrinskii and Morgaushskii. The Archbishop is Metropolitan of Cheboksary and Chuvash Barnabas. The Cathedral is the Cathedral in honor of the Presentation of Mary in Cheboksary.
The diocese is divided into 7 Deaneries, 4 monasteries. There are Cheboksary Orthodox diocesan seminary and Sunday schools at churches.

Protestant Churches
[2] Despite their small number Protestants are actively involved in the social and spiritual life of Chuvashia. Most importantly they produce an exclusive radio show Cӗrӗ Šyv (Living Water) in Chuvash. 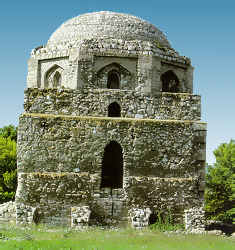 Despite Chuvash Muslim being rather an oxymoron, historically Islam influenced Chuvash language and culture significantly once it became the state religion of Volga Bulgar, the medieval kingdom of the Volga-Ural region, in 922 CE [4]. The Bulgars were speakers of Chuvash-like language, which was evident from Bulgar tombstone monuments written in Arabic Script, which was had been adapted for Chuvash so much that linguists Ashamarin and Fedotov suggested it was very common. However there are contradicting views on whether or not Islam itself was very popular or rather installed forcibly, for after the Mongol invasion and dissolution of Bulgar sovereignty in 13th century CE the Chuvash and neighboring nations defaulted to previous beliefs and abandoned Islam, the religion adopted by conquerors, altogether or were sidelined by the ruling hegemony, the division line widened especially after Kazan Khanate was captured by Russia. After Catherine the Great's provisions of tolerance of all faiths a process started where many Chuvash allegedly reconverted or became Tatar mostly as a protest towards Orthodoxy. Islam can still be traced in the Chuvash language and, ironically, pagan mythology and rituals.

Modern Chuvash Islam
[3] [4] Chuvashia has its own Muslim Spiritual Directorate headed by Mufti Albir Krganov. There are 24 mosques, 30 parishes, and a dozen of Muslim schools (mektebe). The Muslims of Chuvashia are predominantly of ethic Tatar origin who make up about 2.8% of the whole population and are mostly settled in Cheboksary, Kanash, Batyrevo and other regions. However there is an active minority of Chuvash Muslims too. Chuvash journalist Ruslan Saifutdinov is working on the Chuvash translation (Tasfir) of Quran [5]. 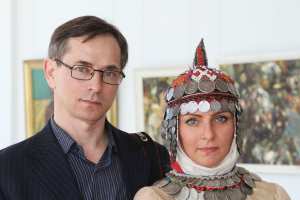 In 1994 a religious organization Turӑş was registered, which nowaday brands itself also as Halӑh Inemӗ, Inem is registered in Cheboksary, its existence is largely inspired and maintained by sculptor Fedor Madurov an his son Dmitrii[M], who is PhD in History of Arts and also a sculptor[Dm], as well as many Chuvash painters, artists, writers and intelligentsia.
Despite the name their faith is of revivalist nature and relies largely on written ethographic records and research.
The group has also started to define themselves as ethnic Suvar with state certificates on display on their website: Сувары.