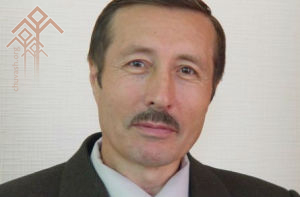 Famous literary critic Vitalii Rodionov, PhD, expressed in Irӗklӗ Sӑmah his concern over the the national newspaper Hypar's editor-in-chief Valeri Turkai publishing a debasing pamphlet about the 1990s Chuvash leader Atner Husankai, who had given an interview earlier in December to online newspaper Vremya Chuvashii. Atner Husankai expressed his discontent with the political regime and freedomlessness in the country, also nefatively characterized the present-day situation of arts and culture in Chuvashia, which according to him have come to play secondary role in the society, also praised the girls from Pussy Riot for generating a scandal and a 'smart provocation' without which art is as lively as dead.

In his pamphlet the editor-in-chief and poet created a similar provocation by reducing the name of Petӗr Husankaj, stellar Chuvash poet and activist, father of Atner Husankaj to a PH, which could easily be read as 'shit' in Chuvash. The provocateur of a major Chuvash newspaper bickered about how some people are Forever Discontent, and have no respect for establishment.

Irӗklӗ Sӑmah reminds us that Valeri Turkai was oone of the trusted man of Mr. Putin in the latest elections. According to Turkai both Chuvash culture and nation are feeling well in Russia.

Professor Rodionov states that Turkai's article reminds us both with its title and content those printed by obverse sociologists from years of repression. Vitalii Rodionov wonders if time came for totalitarianism in Chuvash society when far-reaching and respected names of Chuvash culture are brutally 'beaten' in not Turkai's but Chuvashes' most important newspaper.