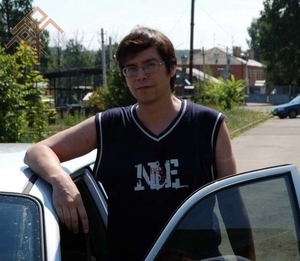 Yesterday Igor Yakovlev, a very well known man in the world wide web passed away. He is best known for his work in Na-Svyazi website and the Chuvash Government Web Administration. For his outstanding skill and creativity he has been nicknamed the Chuvash Symbol of IT, Fido and Internet by a Na-Svyazi user 'remark'.

Igor Yakovlev was the leading specialist in deeloping Fido network in Chuvashia and for many years managed the IT projects of Chuvash Presidential Administration. Never short of new ideas he was also very kind, open-hearted and always ready to help.

It will not be a mistake if we say that it was Igor Yakovlev who successfully launched the exemplary (by Russian standards) portal of Chuvash governmental bodies, he used his position of administrator to help improve transparency of government activities.

'Because we live in Chuvashia we wanted to produce in Chuvash as well as Russian. We added Chuvash fonts and language support. And the audience increased,' he said in a documentary about the web portal.

Recently Igor was involoved in Na-Svyazi network. The funeral will be held tomorrow morning in Cheboksary.

Just before New Year a happy piece of news came from Paratype company — a new typeface was produced which includes characters of all minority languages in Russian Federation. Presently only one typeface is freely distributed - PT Sans.

PT Sans is developed among others for the official federal program aimed at assembling a collection of typefaces for use by businesses, government officials in the multilingual environment. According to the project's mission this will help spread and develop minor languages. Still in 2010 non-Russian nations face great obstacles in communicating in their languages. Every nation is coping in its own unique way. Users of Chuvash language have been trying numerous methods too: creating special fonts, mixing Cyrillic and Latin characters (present official standard in Chuvashia - CVLat blog), and some use Latin script.

The project is realized with the help of Federal Agency on Press and Mass Communications of Russia.

In 2010 the work will be continued, PT Serif is promised to be distributed next.