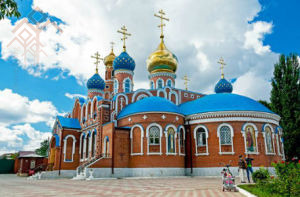 On October 10, in Holy Resurrection monastery, for the first time in the modern history of Samara the mass was celebrated in the Chuvash language, according to Samara information agency.

The initiative came from the regional Chuvash National and Cultural Autonomy of Samara. Its representatives addressed a request to Sergii, the metropolitan bishop of Samara and Syzran. The faithful asked that worship in one of the city's temples be in Chuvash,the language native to many of the citizens.

In September 2015 metropolitan Sergii gave a blessing for Chuvash liturgy. It was served by abbot Nikon, who is the vice-rector for educational work in Samara Orthodox Theological Seminary.

Samara Oblast is one of the places where the Chuvash make up a significant community. According to the 2010 census, the region is home to more than 80 thousand Chuvash people. 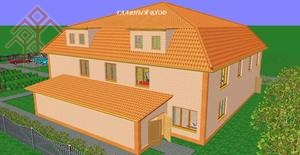 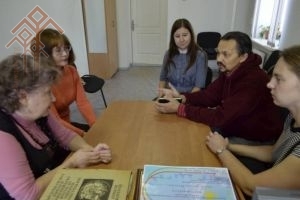 A guest came to Chuvashia. And not just in vain. She's planning to make great work here.

A specialist of Russian Ethnographic Museum's Volga and Urals branch, Natalia Kashpar intends to perform a field study in the villages of the Chuvash Republic. The research is called the Traditional Belief of the Chuvash.

Natalia presented to the Chuvash National Museum a book and an album dedicated to the 100th anniversary of Russian Ethnographic Museum and disk called "The Ritualistic Doll of the Volga and the Urals Region". The are sure to find a deserved spot in the funds of the Chuvash museum. 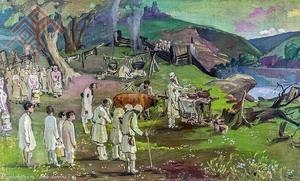 The sacrifice brought rains that watered fields and woods of Chuvashia dried up by scorching hot weather that even caused the officials in Patӑrjel rayon to announce emergency situation.

Let's remind here, that in the old times Chuvash would preform animal sacrifice in hot and scorching weather at nearby springs or rivers, lakes or ponds. They would usually read prayers over sacrificial porridge, milk soup and omelet. Folklorists also recorded many instances of horse, bull and lamb sacrifice.

We should also add here, that sacrifice is recorded within Christian Chuvash as well. In XIX century local clergy equated it with the one in Old Testament and called it Abrahamic Faith. Sacrificial lamb feast is offered on or after Petrav Kunӗ (Feast of Saints Peter and Paul). The other time the feast is held is in autumn and it resembles that of Islamic Kurban Bayram. Family, relatives, friends and neighbors gather under one roof or rather in the garden to celebrate the Christian holiday. Nowadays, the sacrificial and religious elements have faded, and it is just a festive meal rather than a semi-Islamic, or any ancient religious sacrifice.